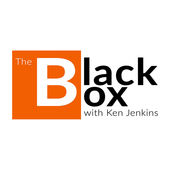 In episode 2, Ken dissects the station response of a commercial airline in regards to an aviation disaster by taking a deeper look at the highs and lows of how a commercial airline responds to a plane crash on airport property. Retired American Airlines General Manager, Greg Klein, joins Ken in the studio to tell the story of how he and his team responded to the crash of American Airlines Flight 1420 upon landing on June 1, 1999 in Little Rock, Arkansas.